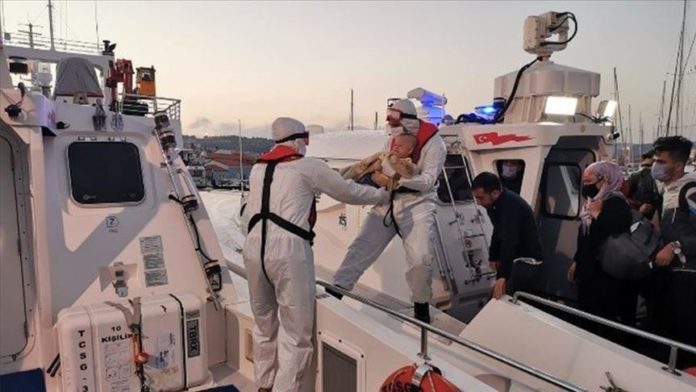 The Turkish Coast Guard on Friday held 36 asylum seekers off the Aegean and the Mediterranean coasts, according to security sources.

Six asylum seekers, who were stranded on a dinghy, were rescued off Cesme district of the Aegean province of Izmir, said a source who asked not to be named due to restrictions on speaking to the media.

The asylum seekers, found off the Cape Karaabdullah coast, were taken to the provincial immigration department.

Separately, some 30 Syrian refugees on two boats were held off the Gazipasa district of Turkey’s Mediterranean province of Antalya, another source said.

Also, one person was arrested for allegedly organizing illegal crossings of asylum seekers.