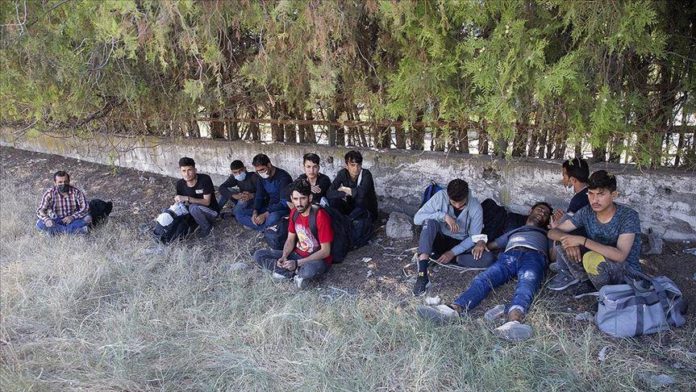 A total of 17 Afghan and Syrian nationals were held by local gendarmerie forces in the Kofcaz and Demirkoy districts of the Kirklareli province, which borders Bulgaria, said the sources, who asked not to be named due to restrictions on speaking to the media.

The asylum seekers told Turkish forces that they crossed the border but were arrested by Bulgarian police and left on the Turkish side after being beaten and having their valuables stolen.

After routine medical checks, they were taken to the provincial Gendarmerie Command, and later to the local repatriation center.

Separately, anti-smuggling police held a total of 19 asylum seekers in the Suleymanpasa district of Tekirdag, a source said.

Acting on a tip, police stopped a minibus and held the asylum seekers, including Afghan, Pakistani, and Somali nationals, said the source.

The asylum seekers, who had illegally entered the country, were taken to the Provincial Migration Office, it said. The minibus driver was also arrested, it added.

*Writing by Jeyhun Aliyev and Gozde Bayar in Ankara

Indonesia to evacuate citizens from Myanmar if needed