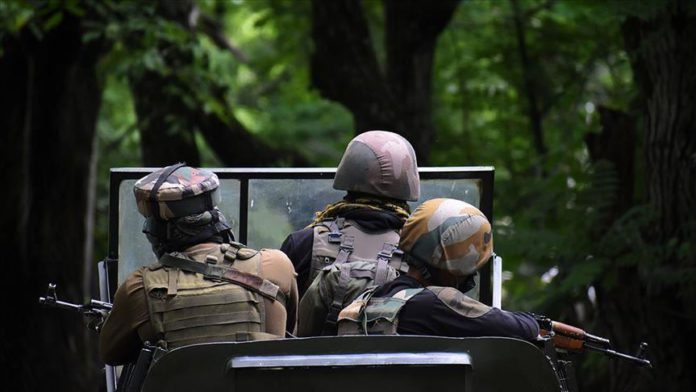 At least 352 people, including civilians and Indian soldiers, were killed in clashes and search operations across Indian-administered Kashmir in the last one year, according to a new report.

It said that 75 civilians and 196 militants — referred as “freedom fighters” — were killed at the hands of Indian security forces during the said period.

Some 81 Indian soldiers and paramilitary personnel were also killed during clashes with militants, said the report, published by Institute of Policy Studies, an Islamabad based think tank, in collaboration with the Legal Forum for Oppressed Voices of Kashmir.

Since August last year, authorities detained or arrested between 16,000 and 17,000 people, including 662 political prisoners, it added.

Indian forces, in the last 365 days, carried out 128 cordons and search operations, and damaged 800 houses across the Himalayan valley.

The report also addressed the issue of communications blackout.

Indian authorities suspended the internet in the valley for 175 days. It was restored later but 2G only and not high-speed broadband internet.

Since Feb. 15 this year, however, 2G internet was suspended for at least 60 times, according to the report. It termed the annexation against the Indian Constitution and international laws.

There was no immediate reaction from New Delhi on the report.

Meanwhile, in a situation report on Kashmir, the Amnesty International said they documented a total of 76 government enforced internet shutdowns between Jan. 14 and Aug. 4 this year.

The NGO’s India office called on New Delhi to release all political leaders, journalists and activists from administrative detention immediately.

It also urged the Indian government to restore 4G mobile internet, decongest prisons and launch a prompt and independent investigation into the attacks on journalists in Jammu and Kashmir.

“Over the last one year the Government of India has been systematically dismantling all avenues for justice for the people of Jammu and Kashmir. With zero representation, protracted internet restrictions, arbitrary use of some of India’s most stringent laws, verbal orders of detention and crippling of the local media – most of this disproportionately higher in Kashmir – it’s been a complete year since we have heard the people of Jammu and Kashmir speak,” said Avinash Kumar, an executive director of the rights body.

A global journalists’ rights watchdog also called on India “to immediately change its policy or go down in history as a regime that deprived the [Kashmir] region’s 8 million inhabitants of reliable news and information at the height of a pandemic.”

“Working has been hell for journalists in Kashmir for the past year,” said Daniel Bastard, the head of Reporters Without Borders’ Asia-Pacific desk, in a statement on the first anniversary of the annexation of the region.

“Drastic controls on information, obstructing the dissemination of articles and videos, intimidation by the security forces in the field, every kind of judicial harassment and violation of the confidentiality of sources – the list of press freedom violations by the Indian authorities in Kashmir is unworthy of a democracy.”

*Ahmad Adil from New Delhi, India, contributed to this story