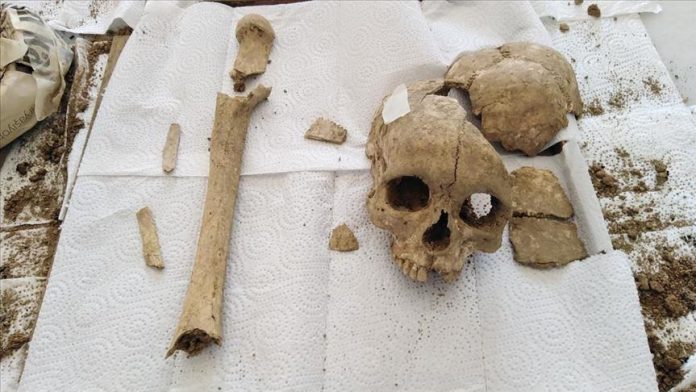 A 3,500-year-old skull and femur was found during archaeological excavation in Turkey’s Black Sea province of Corum.

The ancient skull and femur were unearthed in Sapinuwa district, which was once a remarkable city of the Hittite Empire.

“We found a human skull and left femur (thigh) bone that belongs to the Hittite era. This is a very important finding [..],” Aygul Suel, who conducts researches on behalf of the Hittite University, told reporters.

Suel said that they are excavating in two different regions, including Tepelerarasi and Agilonu.

Turkish stocks up 1.8% at Tuesday's close