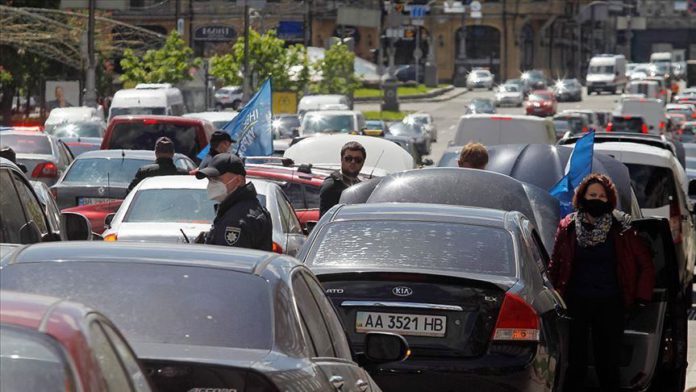 Coronavirus cases and fatalities continued to rise in Eurasian and Central Asian countries on Saturday.

Kazakhstan’s overall case count moved close to 46,000, with 1,644 more infections – the highest single-day figure so far – recorded in the past 24 hours.

According to the Health Ministry, 3,456 children and 6,937 healthcare workers have been infected in the country.

Over 705,800 tests have been done in the country so far, and 25,295 patients are currently under treatment, the ministry said.

In view of the rising number of cases, Ukraine has extended restrictions until the end of July.

Total cases in Armenia climbed to 27,900 after 580 more people tested positive for COVID-19.

The death toll increased by eight to reach 477, while recoveries stand at 15,935.

According to the Health Ministry, 1,065 healthcare workers have been infected in the country so far.

It said 615 patients are currently hospitalized and 3,632 are in isolation at home.

A total of 23,019 people remain under surveillance across the country.

Two more fatalities took the death toll to 78, while recoveries increased by 59 to reach 2,714.

One more fatality brought the death toll to 29, while 90 more recoveries over the past 24 hours raised the total to 6,251.

Some 3,200 patients remain under treatment in the Central Asian country, which has carried out over 1.2 million tests so far.

A further 64,000 people are under monitoring across Uzbekistan, authorities said.

Three new COVID-19 cases were found in Georgia, bringing the overall count to 949.

The government said all three were truck drivers who came from other countries.

Fifteen virus patients have died and 825 have recovered in Georgia so far.

A total of 203 patients are hospitalized, while 3,310 remain in quarantine, authorities said.

Over 525,700 people have died in at least 188 countries and regions since the virus emerged in China last December.

More than 11.1 million cases have been reported worldwide, with recoveries over 5.9 million, according to figures compiled by the US’ Johns Hopkins University.