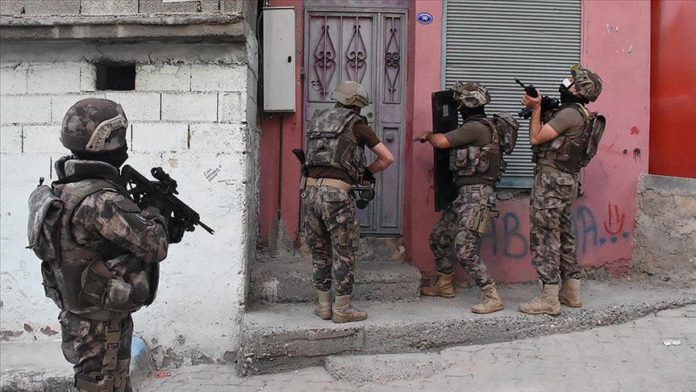 As many as 33 suspects allegedly linked to the PKK/KCK terror group were held in southeastern Gaziantep province of Turkey, security sources said on Tuesday.

Gaziantep prosecutors launched an investigation against the terror group, and issued arrest warrants for the suspects including the provincial chairman of the opposition Peoples’ Democratic Party (HDP).

While the arrested were referred to security headquarters for further investigation, many organizational documents were confiscated.

'Turkey stands with Lebanon in wake of disaster'