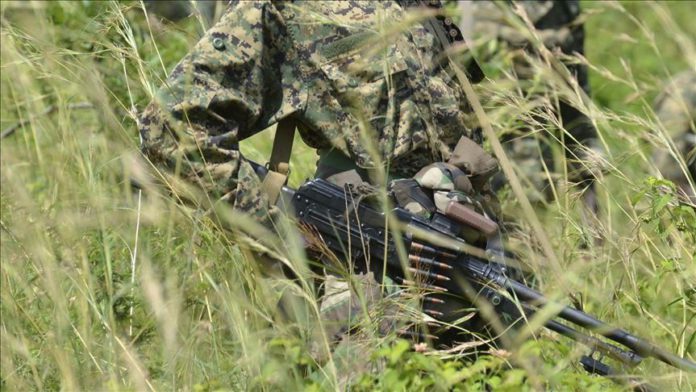 At least 372 people, including 63 DR Congo government soldiers, were killed in an offensive against militias in the gold-rich Ituri region, the army said Tuesday.

A total of 309 members of the Cooperative For the Development of Congo (CODECO) militia group were killed during the Storm of Ituri 2 operation that was launched at the beginning of March in Djugu and Mahagi and in part of Irumu, army spokesman Lieut. Jules Ngongo, told reporters.

The army lost 63 soldiers in the offensive, he said, but vowed operations would continue until militias were completely “neutralized.”

Ngongo said the army recaptured two militia strongholds in Djaro and Londjango as well as several towns, including Rithy, Nyangaray, and Bese in Djugu territory.

He appealed to residents to avoid associating with the militias and reiterated the government’s call for militias to lay down their arms and assemble at disarmament center in the area to avoid being pursued.

The army launched an offensive in January against militias operating in the northeastern province of Ituri as part of a wider offensive launched last October.

More than 200 CODECO militias accused of atrocities surrendered to government forces in January, as a crackdown on armed groups in the volatile east continued.