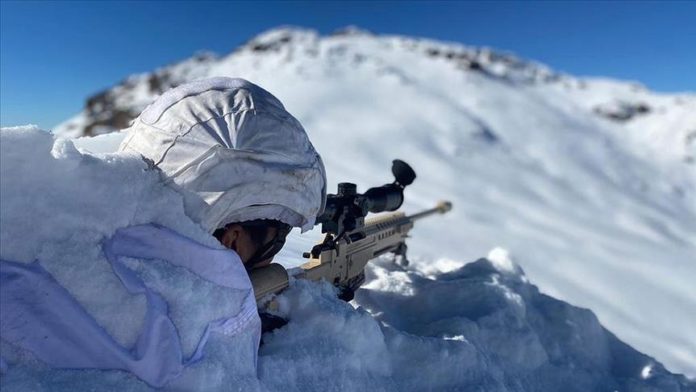 Three Turkish soldiers were martyred and three others were wounded in an anti-terror operation in northern Iraq, Turkey’s National Defense Ministry said Thursday.

In a statement, the ministry said a soldier succumbed to his injuries after he was wounded in a clash with terrorists in a pre-emptive strike against elements of the PKK terror group in the Gara region during the second phase of Operation Claw-Eagle.

The ministry wished God’s mercy upon the martyred soldier and extended its condolences to his family and the nation.

Earlier, the ministry said in a statement that two soldiers were martyred and four others wounded in the operation.

The statement added that the targets detected were hit with jets and the terror group in the region faced a heavy blow.

The terror elements were targeted in Gara to prevent them from re-establishing their positions used to carry out attacks against Turkey, the ministry added.

The second phase of Operation Claw-Eagle is in line with the right to self-defense arising from international law to neutralize the PKK and other terrorist elements, the ministry added.

Turkey’s operations Claw-Tiger and Claw-Eagle were launched last June to ensure the safety of the Turkish people and borders by neutralizing the threat of the PKK and other terrorist groups that often use northern Iraq to plan cross-border attacks.

In its more than 30-year terror campaign against Turkey, the PKK — listed as a terrorist organization by Turkey, the US and the EU — has been responsible for the deaths of 40,000 people including women, children, and infants.