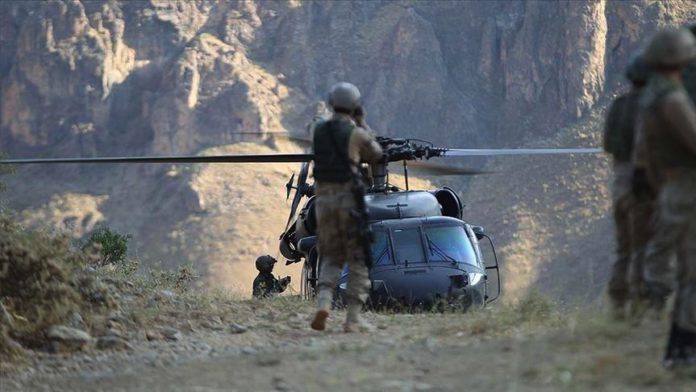 The terrorists were targeted in an air-backed operation by the local gendarmerie command in the Bestler Dereler region in Sirnak province, it said, adding that Operation Yildirim-11 is continuing.

Yildirim-11 is aimed at completely eliminating the separatist terror group PKK, and neutralizing all terrorists hiding in the region.