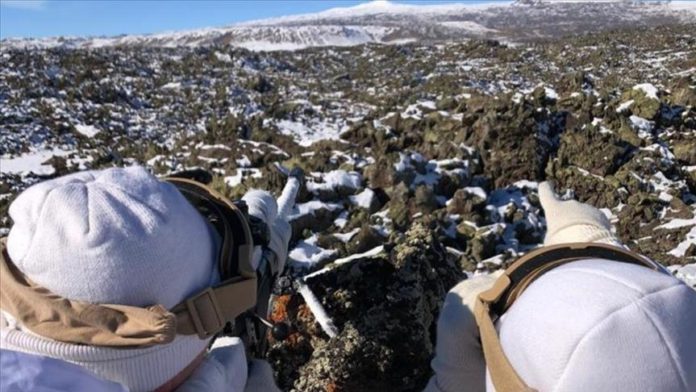 The armed terrorists were neutralized as part of the country’s ongoing anti-terror operation, the ministry said in a statement.

The air-backed operation was carried out in the Sehi district, it added.

The statement did not specify the terrorists’ affiliation, but the PKK terror group has been active in eastern and southeastern Turkey.

Turkey conducted Operations Kapan and Yildirim in 2020 with the aim of eliminating the separatist terrorist organization, and exterminate the terrorists present in the region.

The Turkish Interior Ministry on Tuesday announced the start of a new operation called Eren in the east of the country as part of the fight against terrorism.

Operation Eren, named after Eren Bulbul, a 15-year-old martyred by the terrorist PKK on Aug. 11, 2017, commenced with the start of 2021, and aims at eliminating terrorism from the country completely, it said in a statement.