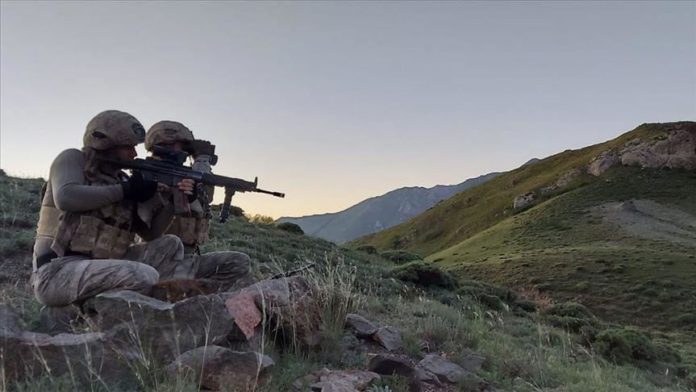 The terrorists were neutralized as part of Operation Yildirim-3 in rural areas of the Dogubayazit district in Agri province, it said in a statement.

The number of terrorists neutralized as part of Yildirim operations rose to six Saturday with three in Diyarbakir after three more PKK terrorists were neutralized earlier in the day.

Turkish authorities often use “neutralized” to imply the terrorists in question surrendered or were killed or captured.

The terrorists’ affiliation was not mentioned, but the PKK terror group is active in the region.