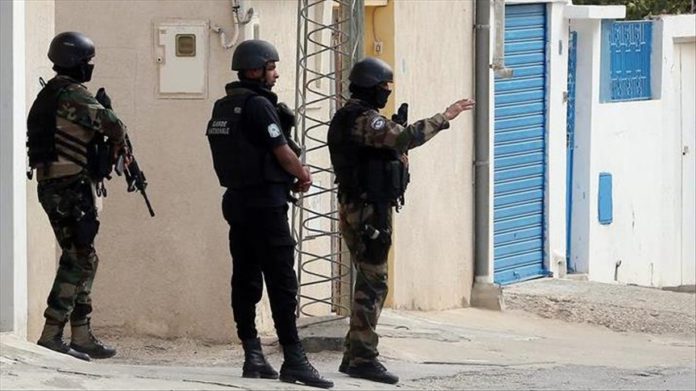 Three terrorists and a toddler were killed during two security operations in Tunisia, the country’s Interior Ministry announced on Friday.

In a statement, the ministry said it carried out a pre-emptive security operation with the country’s Defense Ministry in the Djebel Mghila region.

It announced that security forces “killed a leader of the Caliphate Soldiers group, Hamdi Zhuibb, and found a Steyr sniper weapon with him.”

Zuibb was a leader of the Caliphate Soldiers terrorist organization, affiliated with Daesh/ISIS, the statement said, adding that the group “has been involved in many terrorist operations.”

It also said that a Tunisian National Guard unit “killed a terrorist man in Djebel Selloum who was accompanied by his foreign wife.”

“The wife blew herself up using an explosive belt which resulted in the death of her toddler daughter,” it noted, adding that her other daughter survived.

Since 2013, Tunisia has suffered a number of terrorist attacks that claimed the lives of scores of security and military personnel and foreign tourists.

In March 2016, Daesh/ISIS launched an attack on a Tunisian National Guard station in the city of Ben Gardane, close to the Libyan borders, leaving 12 Tunisian security personnel dead, along with 55 militants.