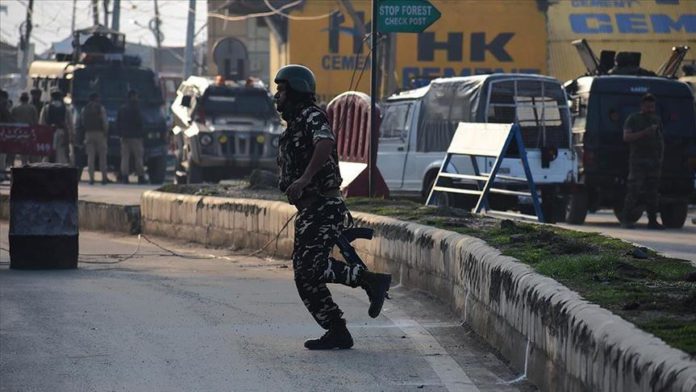 The Indian army on Thursday said that three soldiers were killed and at least four injured in Pakistan by fire at two places along the Line of Control (LoC) in Jammu and Kashmir in the last 24 hours.

Two different statements issued by the Indian army said that while two soldiers were killed in the Kupwara district in Kashmir on Thursday morning, one soldier was killed on Wednesday by Pakistan firing in the Jammu region across the LoC, a de facto border that divides the disputed Himalayan valley between the two nuclear rivals.

“On 30 Sep 2020, Pakistan Army resorted to unprovoked ceasefire violation on the line of control (LoC) in Krishna Ghati Sector, District Poonch (J&K). Own troops responded strongly to the enemy fire. In the incident, Lance Naik Karnail Singh was critically injured and later succumbed to his injuries,” Lt. Col Devender Anand, an Indian army spokesperson, said in a statement on Thursday.

In another statement Thursday, the Indian army said that two soldiers were killed in Pakistan firing along the LoC in the Kupwara district.

Pakistan’s army on Wednesday accused India of cease-fire violations across the border.

On Thursday, Pakistan’s Foreign Ministry also summoned a senior Indian diplomat in Islamabad and lodged a strong protest over the cease-fire violation.

“Indian occupation forces along the LoC and the Working Boundary have been constantly targeting civilian-populated areas with artillery fire, heavy-caliber mortars, and automatic weapons,” the ministry said in a statement.

“This year, India has committed 2404 ceasefire violations to date, resulting in 19 shahadats [martyrs] and serious injuries to 192 innocent civilians,” it added.

Tensions between the South Asian neighbors grew after New Delhi’s unilateral decision in August 2019 to revoke the decades-long special status of the Muslim-majority disputed valley.