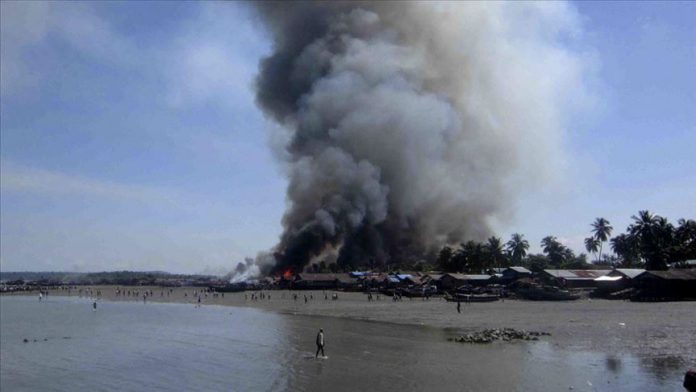 At least three Rohingya Muslims were killed and at least 10 other villagers injured after an artillery shell hit a village in Myanmar’s western Rakhine state on Saturday, an official said.

The incident happened in two Rohingya villages in Mrauk-U township on Saturday shortly after Arakan Army — a predominantly Buddhist ethnic group — attacked a military convoy carrying out the regular patrol in the area.

The victims were 18 and 19 years old Rohingya boys from Butalone village and the other victim was 60-year-old Rohingya woman from Maung Bwe village, according to Tha Sein, a regional lawmaker

US moves to restore refugee entry to pre-Trump levels