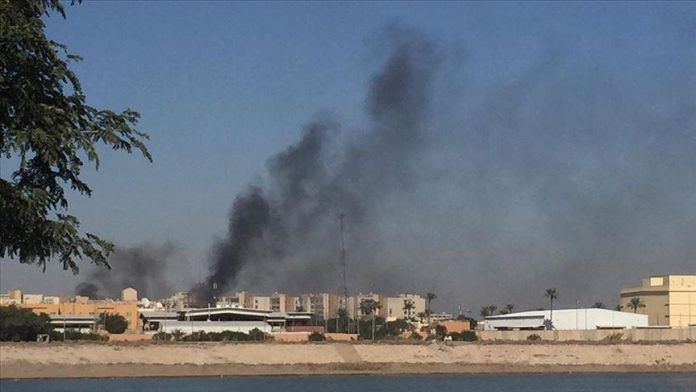 Rockets were fired at Baghdad’s heavily fortified Green Zone, which hosts most foreign diplomatic missions including the US Embassy, authorities said on Thursday.

Three Katyusha rockets targeted the Green Zone late on Wednesday, according to a statement by Iraq’s Security Media Cell.

The first rocket landed near the headquarters of the National Security Agency and the second fell near the Celebration Square, the authority said.

The third rocket landed near a residential neighborhood in the Sheikh Omar, damaging a civilian’s car, it added.

Efforts are underway to track down the attackers, the statement said.

No group has so far claimed responsibility for the rocket attack.

Baghdad’s Green Zone has been repeatedly targeted in rocket attacks since the killing of Iran’s Gen. Qassem Soleimani in a US drone airstrike last January.