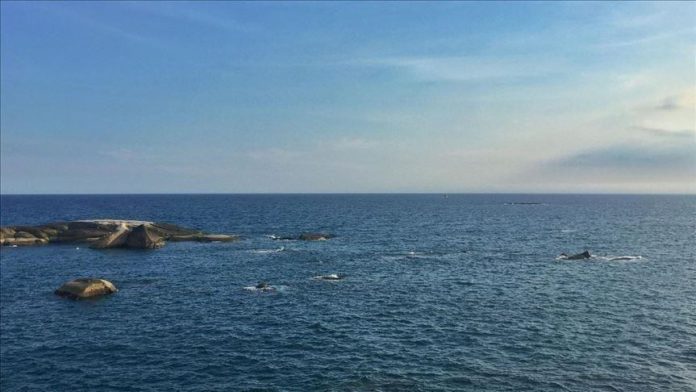 There are three major reasons Beijing tries to take control of South China Sea, a disputed ocean region, according to a Japanese expert.

It is bordered by Brunei, Cambodia, China, Indonesia, Malaysia, the Philippines, Singapore, Taiwan, Thailand, and Vietnam.

Speaking to Anadolu Agency on Thursday, Bonji Ohara, a senior fellow at the Tokyo-based Sasakawa Peace Foundation, said the marginal sea is key to China’s security.

“First, South China Sea is important for the strategic patrol of Chinese SSBN [nuclear ballistic missile submarine], which needs to enter west Pacific Ocean for its nuclear deterrence against the US,” he explained.

Secondly, he said, the South China Sea will serve as a buffer zone for China if and when “the US conducts military attack against mainland China.”

The world’s top two militaries regularly accuse each other engaging in “destabilizing” actions in South China Sea and especially the Taiwan Strait. Beijing usually terms it as threat to its sovereignty.

Besides, China’s maritime transportation needs sea routes, he said. South China Sea accounts for at least a third of the global maritime trade. While huge oil and natural gas reserves are said to lie beneath its seabed, it is also a fishing ground crucial for food security.

“China recognizes the South China Sea problem and that it can control bilateral rivalry with the US, but is scared that the US and its allies may contain Beijing from the Pacific Ocean, South China Sea and the Indian Ocean,” argued Ohara.

To counter China’s expanding influence in the Asia-Pacific region, the US has also brought together Australia, Japan, India under the Quadrilateral Security Dialogue, an informal strategic forum for information exchanges and military drills between members.

In 2016, the Permanent Court of Arbitration at The Hague ruled against Chinese claims to rights in the South China Sea, backing a 2013 case brought by the Philippines.

The court said China’s claims of historic rights within the nine-dash line, which Beijing uses to demarcate its claims in the South China Sea, were without legal foundation.