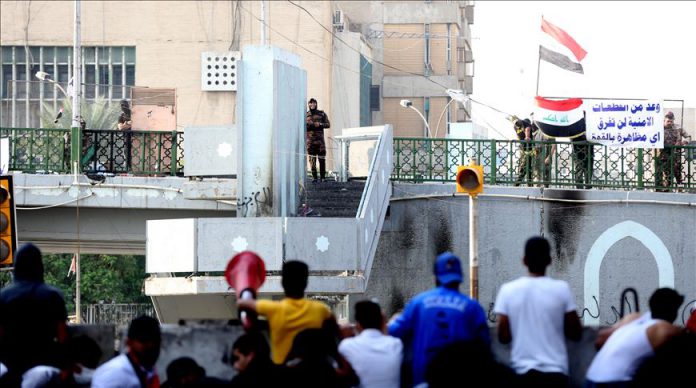 At least three protesters were killed and dozens of others injured in clashes between protesters and security forces in central Baghdad on Thursday, according to a medical source.

The source, preferring not to be named for security reasons, said: “Baghdad’s hospitals recorded death of three protesters and at least 35 injuries after security forces fired a heavy barrage of tear gas canisters to disperse demonstrators.”

“The demonstrators died after they were hit in the head by gas canisters,” the source added.

Most of the people with severe cases of suffocation were discharged from hospitals after receiving treatment.