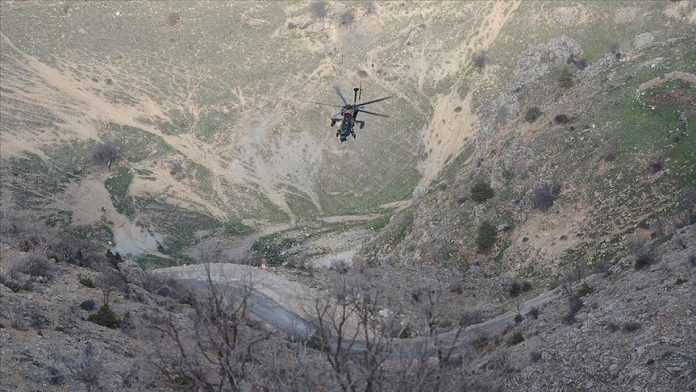 “In an air-backed operation by the Provincial Gendarmerie Command, three terrorists were neutralized in the Senyayla region of Mus [province],” the ministry said in an official statement.

It added that the terrorists were the perpetrators of a deadly attack that took place on Sept. 12 in which seven civilians were killed and ten others wounded by an improvised explosive device (IED) in Diyarbakir province in southeastern Turkey.