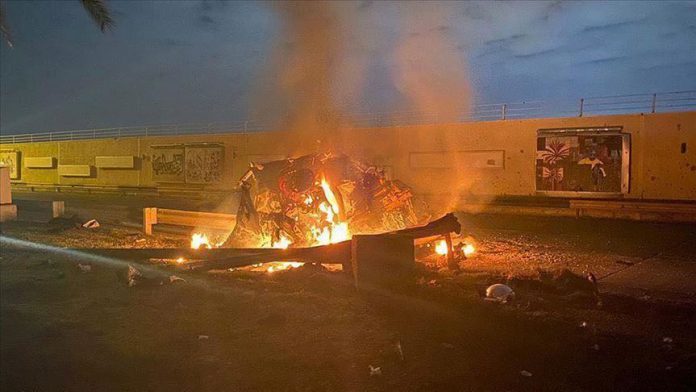 At least three people were injured in a missile attack that struck the U.S. Embassy in Baghdad, an Iraqi police source said on Monday.

Unidentified persons launched five Katyusha rockets landed early Monday in the heavily fortified Green Zone in Iraq’s capital, some of which directly struck the U.S. Embassy which led to the burning of a restaurant inside the embassy compound, according to the security source.

“The shelling that targeted the American Embassy building and its surroundings wounded three people who were evacuated immediately by the American side,” the police source told Anadolu Agency in condition of anonymity

Read more: 3 people injured in attack on US embassy in Baghdad