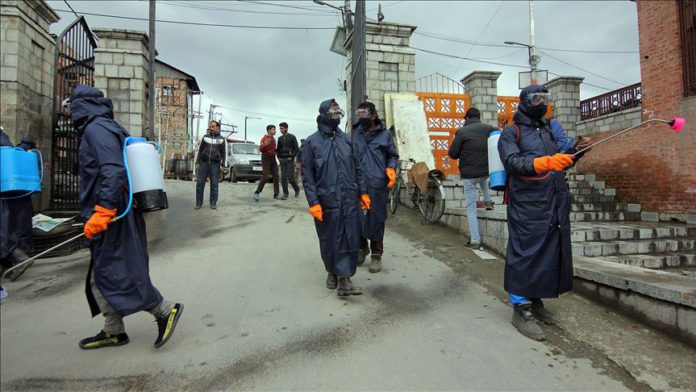 At least three more people died due to the novel coronavirus in Indian-administered Jammu and Kashmir region, officials said on Monday, taking the total number of fatalities to 31.

Farooq Jan, medical superintendent at a tertiary hospital in Srinagar, said that the deceased man from Ramnagar area of Shopian was admitted to hospital’s emergency at 9:00 p.m. local time (1530GMT) on Sunday.

“While he died in the midnight, his swab sample for the COVID-19 came in positive today,” Jan said.

Meanwhile, the patient from Doda district died at a government hospital in Jammu region on Monday.

“He had multiple chronic ailments and he was found positive for the COVID-19 yesterday,” said Dara Singh, medical superintendent at the Government Medical College (GMC) Jammu.=

With these fatalities, the death toll in Kashmir region is now 27, while four persons have so far died in the Jammu region. The Jammu and Kashmir has so far reported 2,500 cases in the region.