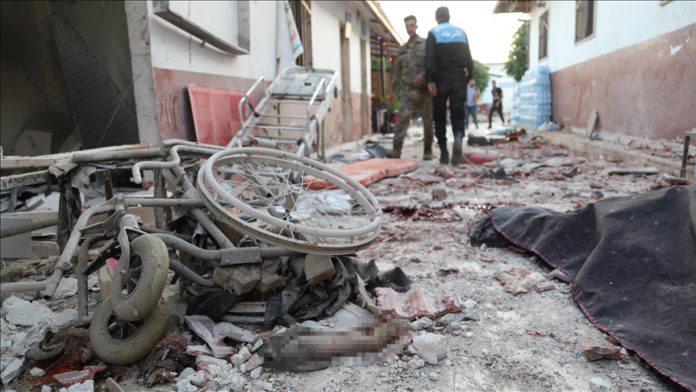 A roadside bomb exploded in the northern Syrian district of Afrin on Saturday, killing at least three people and injuring three others.

The explosive device detonated when a civilian vehicle struck it in the Azaz neighborhood of Afrin, which Turkish security forces cleared of terrorists during a cross-border operation in 2018.

Soon after the explosion, security forces arrived at the scene and began investigating the incident, with a focus on the possibility of involvement by the YPG/PKK terrorist group, as such subversive activities have been carried out by them in the past.

Citing the terror incident, Turkey’s National Defense Ministry said that the attack was carried out by the YPG/PKK.

“Terrorist group YPG/PKK has carried out another bomb attack on innocent civilians in Afrin,” the ministry said on Twitter.

The ministry also vowed to continue to fight against the “YPG/PKK that attacks civilians.”

Afrin was largely cleared of YPG/PKK terrorists in 2018 by Turkey’s anti-terror offensive Operation Olive Branch, but the terror group still targets the region to disrupt the peace established by Turkish forces.

In its more than 35-year terror campaign against Turkey, the PKK – listed as a terror organization by Turkey, the US, and EU – has been responsible for the deaths of nearly 40,000 people, including women, children, and infants.