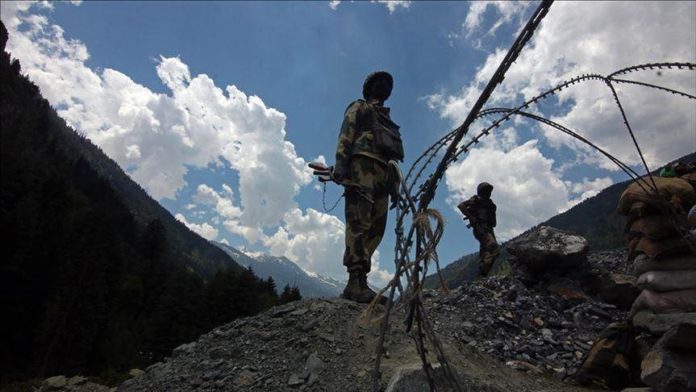 The controversy over last week’s killing of three Kashmiri men by Indian forces continues to grow as families of the victims stand firm on their demand for a probe into what they say was a fake encounter.

Accused of being militants, 16-year-old Athar Mushtaq Wani, Zubair Ahmad Lone, 22, and Aijaz Ahmad Ganie, 24, were shot dead by Indian police and military teams in an alleged gunfight in Srinagar, capital of Indian-administered Jammu and Kashmir, on Dec. 30.

Indian authorities claim the men were killed in a shootout that started on the evening of Dec. 29 and ended the next morning.

The victims’ families, though, dispute this version, stressing that the three had no links to any militant group and were killed in a staged encounter.

On Monday, relatives of the three men gathered in Srinagar’s press enclave, demanding the return of their bodies and an investigation into their deaths.

“I want justice, not money. I want my son’s body. Who do I go to for justice? Can’t the people of India hear us and see our pain?” said Mushtaq Ahmad Wani, Athar’s father.

“I know my son can never come back but I can at least give him an honorable burial. I want his body to be returned to us; I want to see his face one last time.”

Wani, who came to Srinagar from his village in the southern Pulwama district, reiterated that his son was never involved in any militant activity.

“Athar was just a child. He never had anything to do with any militants; how could he have suddenly become one himself? He was killed by these officers just for promotions and medals,” he told Anadolu Agency.

Despite their families’ stance, Indian authorities seem adamant on proving their claim of militancy against the trio.

They show Indian soldiers using a loudspeaker to call on the three men – who are supposedly hiding inside a building – to surrender.

There is, however, no response from the other side, nor are there any sounds of gunfire.

Altaf Lone, Zubair’s brother, pointed out that the footage proves that Indian forces failed to use all options at their disposal.

He said it was common practice for government forces to bring family members of militants to encounter sites to try and persuade them to lay down their weapons.

“No one informed us. Why did they not call us?” he questioned, underlining that authorities had ample time to contact the families, given that the official version is that the encounter lasted over 18 hours.

“Clearly they were murdered in cold blood and are now being falsely labeled as militants. If they [Indian authorities] are in the right, can they prove us wrong?” Lone said in a conversation with Anadolu Agency.