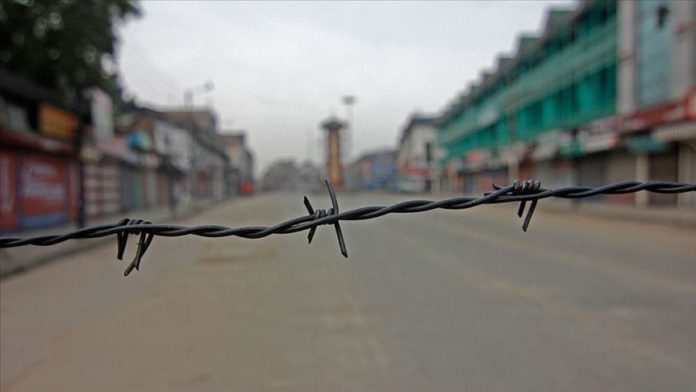 Three Indian paramilitary troopers were killed in an attack by insurgents in Indian-administered Kashmir on Tuesday, a spokesman said.

After the shootout, the body of Hazim Shafi Bhat, 14, was found near the scene. Ghulam Muhammad, who lives in boy’s neighborhood, told Anadolu Agency that Hazim and some other boys from his village had taken cattle to graze. The boy had suffered bullet injuries, Muhammad said.

The shootout was the third major incident this year in Kupwara, which shares a border with Pakistani-administered Kashmir.

During a gunfight in the same district on Sunday, four army soldiers, including a high-profile colonel, and a police officer were killed by militants. Two of the militants had been killed.

The CRPF had lost three men in a similar attack in the Sopore area in the northern Baramulla district on April 18. At a procession for the killed troopers, CPRF inspector general Rajesh Yadav told reporters that his force would “avenge the killings soon.”

On April 4, five Indian commandos were killed, as well as five militants New Delhi said had entered Indian-administered Kashmir from the Pakistani side, in a separate clash.

Neither militants nor government forces have ceased their operations during the ongoing COVID-19 lockdown.

According to police, April had seen a spike in violence with 25 militants, nine Indian personnel and a civilian were killed.