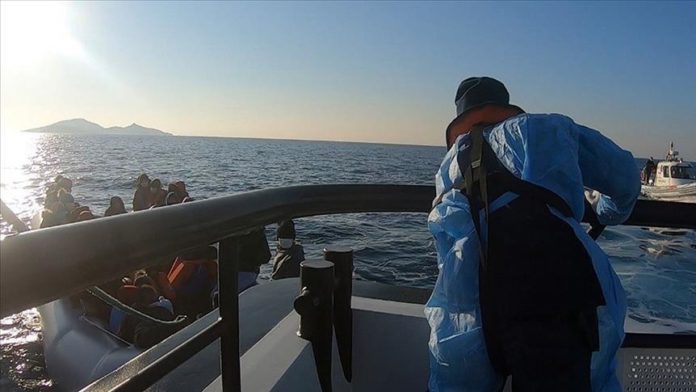 At least three people died and one more is missing after the Greek Coast Guard robbed a group of asylum seekers and dumped them into the Aegean Sea, survivors and Turkish authorities said on Friday.

The Turkish Coast Guard managed to rescue two asylum seekers from Bogaz Island, located off the coast of the Aegean province of Izmir, and two more from the surrounding waters, according to a statement by the provincial governor’s office.

The bodies of two more people were also recovered, the statement said.

The third person to die was one of the two initially saved from the water, who later passed away at a hospital, it added.

“According to the asylum seekers’ initial statements, Greek officials seized their belongings, tied their hands using plastic handcuffs, and threw them into the sea without any life raft or boat,” said the statement.

Turkish search teams are braving tough weather conditions to find the missing asylum seeker as quickly as possible, it added.

Turkey and international human rights groups have repeatedly condemned Greece’s illegal practice of pushing back asylum seekers, saying it violates humanitarian values and international law by endangering the lives of vulnerable people, including women and children.

Later, Turkish Interior Minister Suleyman Soylu posted a video on Twitter showing scenes of the rescue and the asylum seekers in hospital.

One of them is seen with zip-tie handcuffs on his wrists, while Muhammad, another asylum seeker, tells about the incident.

Saying that they went to the Greek island of Chios and stayed there for two days, he explained: “Then they took our cellphones and money and beat us up.”

“There were seven of us … and now there are three, I don’t know where the other four are,” he said, adding that he saw one person dead.