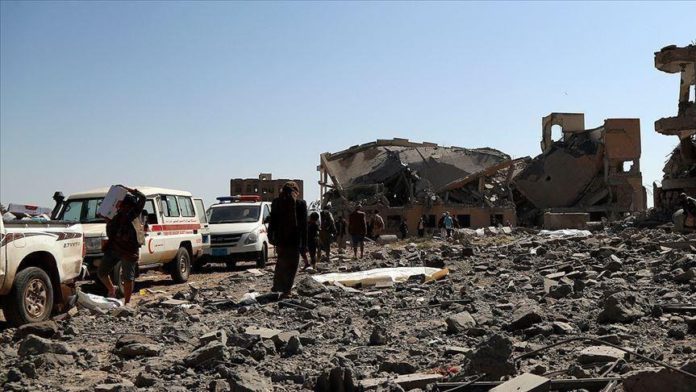 Three Yemeni civilians were killed on Wednesday in Houthi rebel shelling in energy-rich Shabwa province, according to eyewitnesses.

The attack targeted a fuel station in Ain district, leaving several vehicles in flames, a witness told Anadolu Agency on condition of anonymity.

Nine other people were injured in the attack.

There was no comment from the Yemeni government on the attack.

Yemen has been engulfed by violence and instability since 2014, when Iran-aligned Houthis captured much of the country, including the capital Sanaa.

The conflict has caused one of the world’s worst man-made humanitarian crises, with nearly 80% or around 30 million people needing humanitarian assistance and protection and more than 13 million in danger of starvation, according to UN estimates.