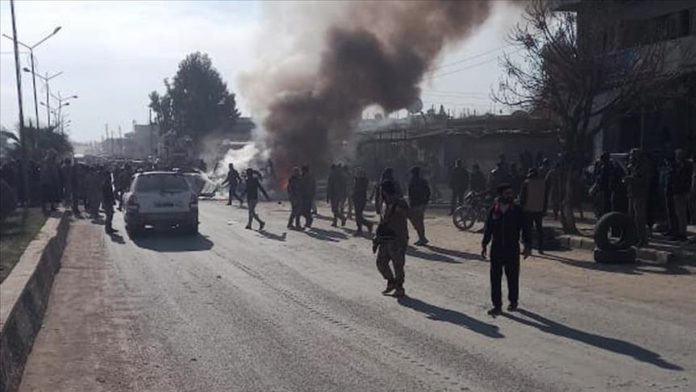 At least three civilians, including two children, were killed and 12 others injured in two bomb attacks in northern Syria, local security sources said on Saturday.

Terrorists detonated an explosives-laden vehicle at a marketplace in Ras al-Ayn district, near the Turkey-Syria border, killing two children and injuring four civilians. The injured were taken to hospital and a fire sparked by the bomb blast was extinguished by firefighters.

The Syrian National Army and local security forces believed the attack was carried out by the YPG/PKK terror group.

Another car bomb explosion took place near a bakery in the town of Jindires in Syria’s northwestern Afrin district, killing one civilian and injuring eight others.

In its more than 30-year terror campaign against Turkey, the PKK – listed as a terrorist organization by Turkey, the US and the EU – has been responsible for the deaths of nearly 40,000 people, including women, children, and infants. The YPG is PKK’s Syrian offshoot.