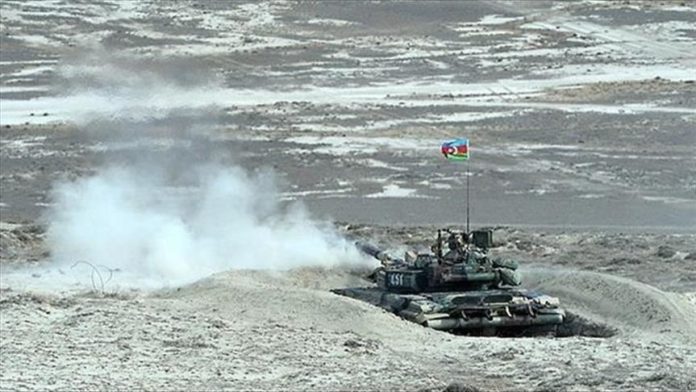 Three Azerbaijani soldiers were martyred and four others injured in a border clash with Armenian troops on Sunday.

In a statement, Azerbaijan’s Defense Ministry said the Armenian army had fired at positions held by Azerbaijan in the northwestern Tovuz region.

“The attack by Armenia, with the use of artillery, against the positions of the armed forces of Azerbaijan, along the Armenia-Azerbaijan border, constitutes aggression, an act of the use of force, and another provocation,” said Hikmet Hajiyev, foreign policy chief for Azerbaijan’s presidency.

He pointed out that Armenia launched the “offensive and a provocation during the time when the international community is fighting the COVID-19,” bashing Armenia’s support of a UN initiative for global cease-fire amid the pandemic as “nothing but hypocrisy.”

He urged the international community to condemn Armenia’s occupation policy against Azerbaijan and its provocative actions along the border.

Earlier on Sunday, the Armenian army attempted to attack Azerbaijani positions with artillery fire in the Tovuz border region and withdrew after suffering losses following retaliation from the Azerbaijani military.

The Foreign Ministry of Azerbaijan said in a statement that the entire responsibility of such provocative actions belonged to Armenia.

There are no diplomatic relations between the two neighboring countries.