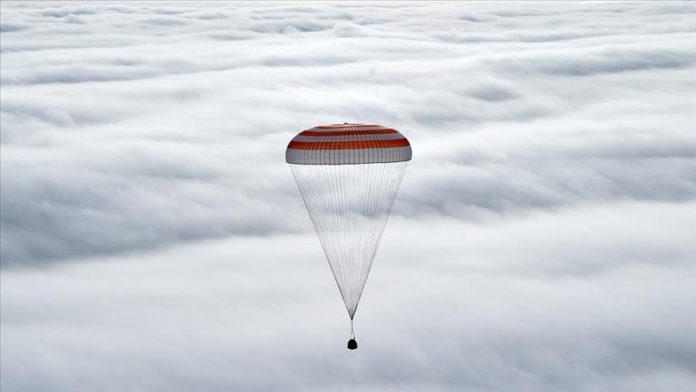 American astronaut Kate Rubins and Russian cosmonauts Sergey Ryzhikov and Sergey Kud-Sverchkov departed the station in their Soyuz MS-17 spacecraft and landed southeast of the town of Dzhezkazgan in Kazakhstan at 0455GMT, the agency said in a statement.

Rubins, Ryzhikov, and Kud-Sverchkov’s mission began on Oct. 14 last year and they have returned to Earth after 185 days in space.

According to Russian space agency Roscosmos, the crew performed dozens of experiments in various fields of science, including medicine, space biology, biotechnology, and physicochemical processes.

“During the six-month expedition, the Russian crewmembers of the ISS-64 conducted 44 experiments, of which 41 involving the cosmonauts,” the agency said in a statement.

“The crew spent 579.5 hours on the research program. At the same time, 614 sessions of experiments were conducted, of which 501 involving the cosmonauts.”

NASA said Rubins spent hundreds of hours “building on investigations she conducted during her first mission, including heart research and multiple microbiology studies.”

“She advanced her work in DNA sequencing, which could allow astronauts to diagnose an illness in space or identify microbes growing at the space station,” read the NASA statement.

Following the return of the three astronauts, there are now seven crewmembers at the ISS – two from Russia, four from the US, and one from Japan.

“To date, 243 people from 19 countries have visited the orbiting laboratory that has hosted nearly 3,000 research investigations from researchers in 108 countries and areas,” according to NASA.