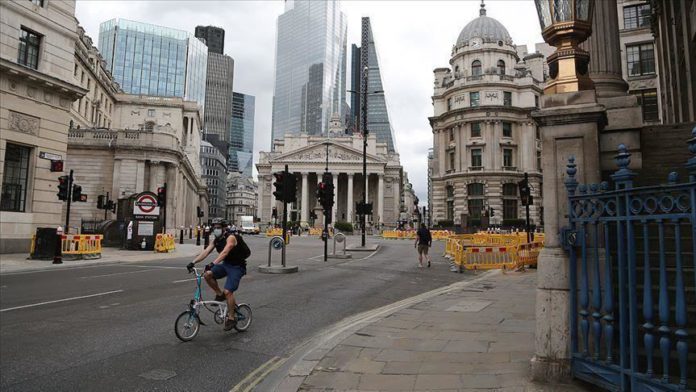 British health authorities announced on Wednesday that a further 126 people died of coronavirus across the UK over the past 24 hours, bringing the total to 44,517, with disturbing news that three-fourths of virus carriers may be asymptomatic.

New figures from the Office for National Statistics, the UK’s official statistics agency, also showed that 78% of people who tested positive for coronavirus showed no symptoms.

The figures also showed that healthcare workers were the most likely to test positive.

As the economic consequences of the pandemic mount, the government suggested that it would cap free hospital parking for National Health Service staff, provoking an outcry.

On March 25, the government announced it would cover the costs of NHS staff parking in England but Health Minister Edward Argar now says that that “cannot continue indefinitely.”

The British Medical Association said such a move would be “a rebuff to the immense efforts of staff across the country and the sacrifices they have made to keep others safe.”

Parliament’s Public Accounts Committee, the spending watchdog, also said on Wednesday that it was “extremely concerned” the government does not seem to have a clear strategy to obtain and distribute personal protective equipment in the event of a second wave of coronavirus.

More than 11.86 million COVID-19 cases have been reported around the world, with fatalities nearly 545,000, and recoveries exceeding 6.48 million, according to figures compiled by the US’ Johns Hopkins University.

November 29, 2019
We use cookies to ensure that we give you the best experience on our website. If you continue to use this site we will assume that you are happy with it.Ok