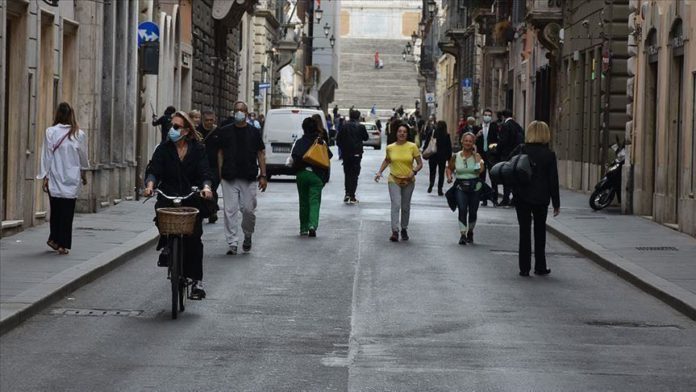 British Health Secretary Matt Hancock announced a tightening of coronavirus restrictions in a northern English city on Tuesday as leading health experts warned that a second wave “is coming.”

Hancock said Bolton now has 120 cases per 100,000 people, the highest rate in the country.

He singled out young people in their twenties and thirties, as well as pubs, for spreading the virus.

To this end, Hancock announced that pubs and restaurants in Bolton can only serve take-away and must close between 10 p.m. and 5 a.m. People will also be banned from socializing outside their household.

The government is also expected to reduce the number of people who can gather indoors in England from 30 to an as-yet-undecided number.

Jonathan Van-Tam, England’s deputy chief medical officer, told Sky News: “This is a virus we’re going to have to live with – and if we’re not careful, if we don’t take this incredibly seriously from this point on, we’re going to have a bumpy ride over the next few months.”

“People have relaxed too much,” he said, explaining the rise in coronavirus cases. “Now is the time for us to re-engage and realize that this is a continuing threat to us.”

“I don’t like calling it a second wave, I just say there are going to be more spikes and indeed some surges of cases because the virus hasn’t changed,” he said.

“It’s the same virus that came and caused so much trouble earlier this year. It’s just been lurking, we’ve been very good at holding it back through restricting movement and lockdowns.”

Housing Secretary Robert Jenrick singled out young people, and told Sky News that people who were “out enjoying themselves, who might be going to university this month – they do need to exercise a degree of caution and particularly when they go home and see their elderly relatives.