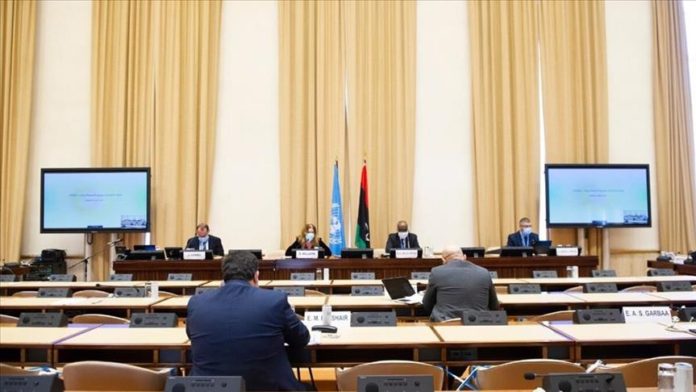 The Second Berlin Conference will be held on June 23 to discuss Libya’s political process and the Dec. 24 elections, with the participation of international actors, including Turkey.

Held under the auspices of the United Nations and Germany, the meeting will be attended by head of Libya’s Presidential Council Mohammed al-Menfi and Prime Minister Abdul Hamid Dbeibeh, UN Special Envoy to Libya Jan Kubis and the foreign ministers of the participating countries.

The conference seeks to evaluate the progress made in establishing peace in conflict-ridden Libya and efforts aimed to maintain security in the country.

The event is expected to emphasize on the necessity of holding parliamentary and presidential elections on Dec. 24 as scheduled and the withdrawal of foreign forces and mercenaries from the country.

Talks on the Dec. 24 elections between Libya’s rivals came to a dead end over differences on the legal basis of the polls. It is not clear yet whether a constitutional referendum will be held before the polls.

Another issue that could not yet be determined is whether the president of the state will be elected directly by the people or by the parliament.

While international actors have intensified their diplomatic efforts before the conference, it remains unclear how Haftar, who has achieved his position in the country by force, will deal with the negotiations as the polls will weaken his power he established through his militia.

Haftar’s militia had closed the oil export ports in Brega, Ras Lanuf, Hariga, Zuwaytinah and Sidra in the Oil Crescent region on Jan. 18, just one day before the first Berlin Conference in 2020.

The so-called “operations” announced by the Haftar militia in the south of the country on claims of “fighting terrorism” ahead of the Berlin Conference have sparked concerns that dialogue will be disrupted by weapons again.

In addition, the Libyan government, fulfilling one of the articles of the cease-fire agreement, reopened the western side of the Misrata-Sirte coastal road for civilians after a two-year closure. Haftar still refuses to open the eastern part of the road under his control.

Libya, struggling with instability, was once again dragged into a spiral of violence when Haftar ordered his militia to launch an offensive to capture the capital Tripoli from the internationally recognized government in April 2019.

The search for a political solution and negotiations gained momentum after the forces affiliated with the Libyan government pushed Haftar and his international allies away from Tripoli in June 2020.

As part of the UN-led dialogue, meetings of the 5+5 Joint Military Committee were held on Oct. 23, 2020 in Geneva, Switzerland. As a result of the meetings, a permanent cease-fire agreement was signed between the legitimate Libyan government and delegations affiliated with Haftar.

Within the scope of the political process that started after the cease-fire agreement, the Libyan Political Dialogue Forum decided in November 2020 that the elections will be held on Dec. 24.

In February, the forum voted on an interim government, choosing Mohammed al-Menfi as head of the Presidential Council and Abdul Hamid Dbeibeh as prime minister.