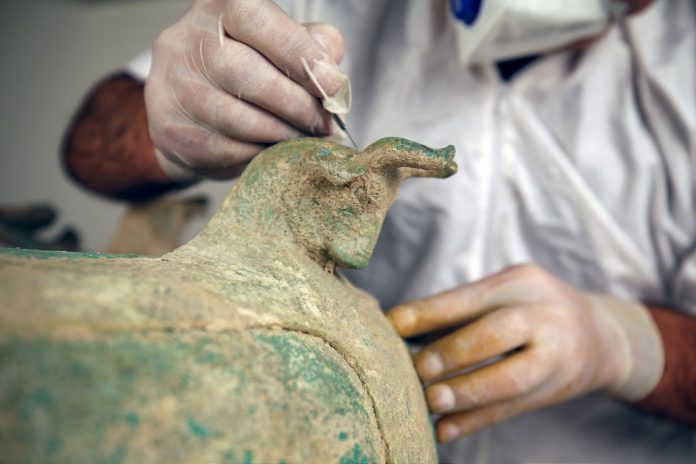 An ancient cauldron dating back 2,800 years will be exhibited in a museum in Turkey’s eastern Van province.

The cauldron belonging to ancient Urartu civilization is known to be one of their four pots used for religious purposes.

Seized in an operation against smugglers in southeastern Sanliurfa province two years ago, the cauldron will be exhibited in Van Museum after the restoration.

Two of other three pots are exhibited in Germany, while the remaining one is in Museum of Anatolian Civilizations in Turkey’s capital Ankara.

Urartians who reigned over a large part of the Lake Van

Read more: 2,800-year-old cauldron to be displayed in east Turkey