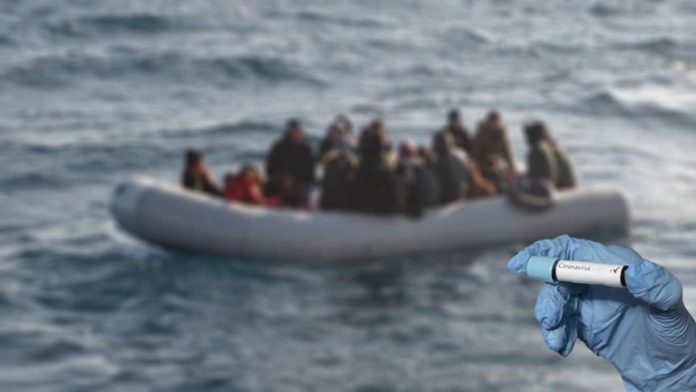 Twenty-eight migrants on board a quarantine ship off the Sicilian port of Porto Empedocle have tested positive for coronavirus, Sicily’s governor Nello Musumeci said in a Facebook post on Wednesday.

This is the first reported case of multiple coronavirus infections among migrants rescued in the Mediterranean since the beginning of the outbreak, and is set to reignite a heated debate over Italy’s migration policies.

The 28 migrants who tested positive are now held onboard ferry Moby Zaza, off Porto Empedocle, where they are undergoing a mandatory quarantine.

They are part of a group of 211 rescued by a German NGO’s ship Sea-Watch 3, which on Sunday arrived at Porto Empedocle after resuming search and rescue activities in the Channel of Sicily.

The handling of the flow of migrants reaching Italian ports — mainly from the Libyan coasts – has fueled political divisions, with the right-wing opposition insisting on the need to stop their arrivals.

Local communities have expressed worries that migrants arriving in poor sanitary and health conditions could spark new clusters and further spread the virus, which hit Italy hard and claimed almost 35,000 victims so far.

Sicily’s governor was also among the supporters of special quarantine measures to be applied before disembarking migrants.

“Now our request can be better understood,” he wrote on Facebook, rejecting earlier accusations of racism. “In the next few hours sanitary measures will be necessary, based on the principle of precaution.”

Sea-Watch responded in a statement that all the necessary medical checks and sanitary protocols had been strictly followed before transferring the migrants.

It stressed that many of the rescued people come from detention centers in Libya, where they suffered “inhuman conditions” and where COVID-19 cases have doubled in the last few weeks.