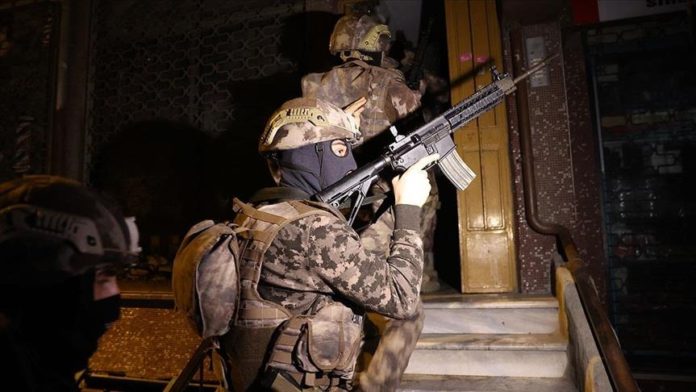 A total of 28 people with suspected links to the Daesh/ISIS terror group were arrested in Turkey on Friday.

Fifteen foreign nationals, including members of Daesh/ISIS terror group who were allegedly plotting a terror attack on New Year’s Eve, were arrested in the Turkish metropolis Istanbul, according to security sources.

Anti-terror police teams in Istanbul launched simultaneous operations at 34 addresses in 14 districts to nab 35 suspects, said the source, who asked not to be named due to restrictions on speaking to the media.

Separately, prosecutors in the capital Ankara issued arrest warrants for 15 people, who are accused of being alleged members of the terrorist Daesh/ISIS group, the prosecutor’s office said in a statement.

A total of 13 suspects were arrested and a search for the remaining suspects is underway in three provinces, it added.

Turkey: External assets at $225B in September