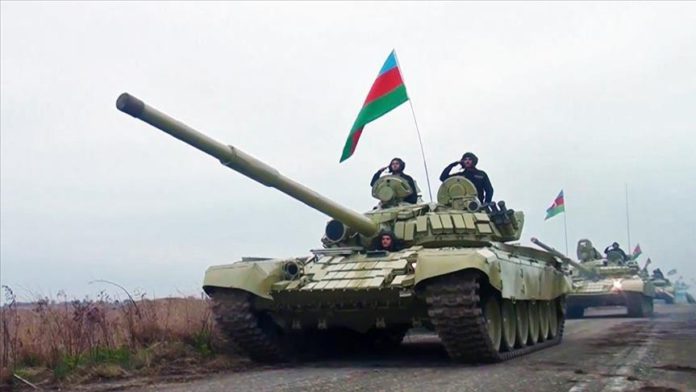 A total of 2,783 Azerbaijani soldiers were martyred in the Upper Karabakh war waged by the army to liberate its lands from the Armenian occupation, Azerbaijan’s Defense Ministry said on Thursday.

Detailing the casualties of the 44-day war that started on Sept. 27 and ended on Nov. 10 when the two sides signed a Russian-brokered cease-fire deal, the ministry said 1,245 soldiers were also injured during the war.

Some 103 martyred soldiers have yet to be identified and efforts are ongoing for DNA analyses, it said, adding over 100 soldiers remain missing and a search is underway to locate them.

Relations between the ex-Soviet republics have been tense since 1991, when the Armenian military occupied Nagorno-Karabakh, also known as Upper Karabakh, a territory recognized as part of Azerbaijan, and seven adjacent regions.

Turkish Treasury to repay $15.5B debt in August-October