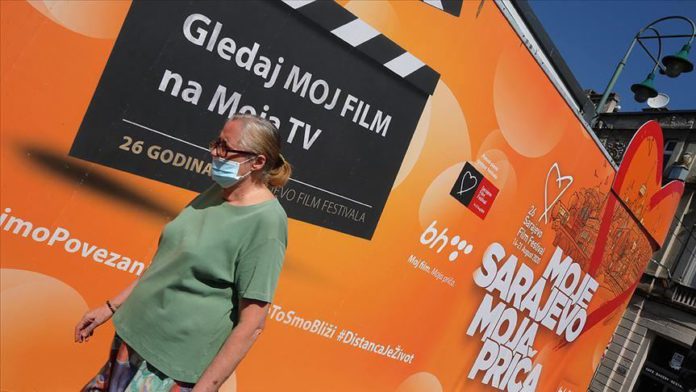 The 26th Sarajevo Film Festival kicked off Wednesday night in Bosnia and Herzegovina’s capital in an online screening as a result of measures taken against the novel coronavirus.

The festival’s opening ceremony, aimed at reviving arts and culture in Sarajevo in an effort to move on from Bosnia’s wartime legacy, was held at the National Theater. This year’s festival was inaugurated by Bosnian director Pjer Zalica’s movie Focus, Grandma at the festival’s official website.

A movie produced by the Turkish Radio and Television Corporation (TRT) also made its world debut.

The film, set early in the 1992-1995 Bosnian War, is about tragic and funny discussions full of intrigue, conspiracy, and trickery over the inheritance issue of family members who come together in Sarajevo at their mother’s home.

Focus, Grandma was watched by 14,000 people from 42 countries in the first two hours, according to the festival officials.

Set to feature 49 films in four categories this year, the festival began 26 years ago to make the city a destination of culture and art once again and help heal the memories of the bloody Bosnian War.

The festival is scheduled to run through Aug. 21 with 10 short and eight feature films as well as 16 documentaries and 15 student films. They will all compete for the special Heart of Sarajevo award.