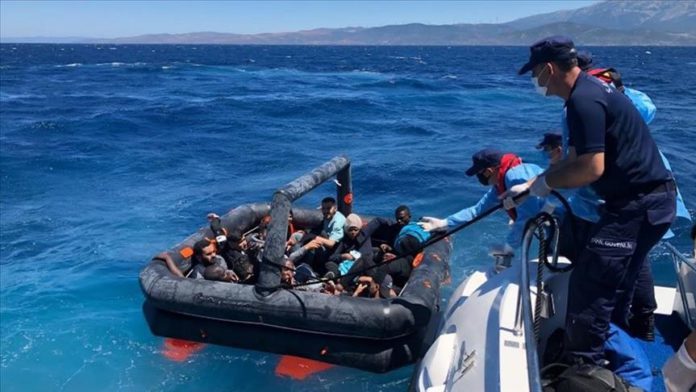 Acting on tip that a group of asylum seekers was struggling in boats off the coast of Cesme, Izmir, the Coast Guard Command quickly dispatched a boat to the area and rescued all those onboard, said a coast guard statement.

They were later taken to the provincial migration office.