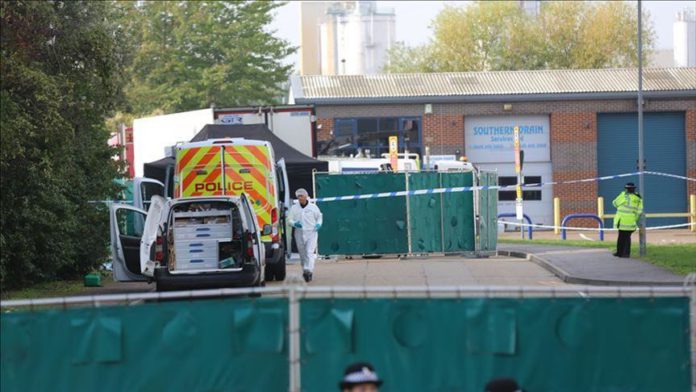 A total of 26 people were arrested in Belgium and France in connection with the deaths of 39 Vietnamese migrants, whose bodies were found at the back of a truck in the UK.

The Belgian federal prosecutor’s office announced on Wednesday that 13 suspects were arrested on Tuesday, mainly in the area of Brussels.

The remaining 13 suspects were arrested in France, according to media reports.

The Belgian prosecutor’s office believes they belong to a network of smugglers.

The network likely transported up to several dozen people for several months, focusing on refugees from Asia, particularly from Vietnam.

The raid was carried out in cooperation between Belgian, French, British and Irish authorities, as well as EU agencies EUROPOL and EUROJUST as part of investigation into the human smuggling network responsible for the deaths of 39 migrants.

In October last year, 39 dead bodies were discovered in the truck in an industrial zone close to London.

The victims were all Vietnamese citizens who were trying to enter the UK with the help of the human traffickers.

The investigation revealed the migrants had lost their lives due to the lack of oxygen and hypothermia.

Many of them had been hiding in Belgium before taking the truck to the UK.

The British authorities already arrested five people in connection with the tragedy, including the driver of the truck.

Maurice Robinson, a truck driver from Northern Ireland, pleaded guilty to 39 counts of manslaughter in April.