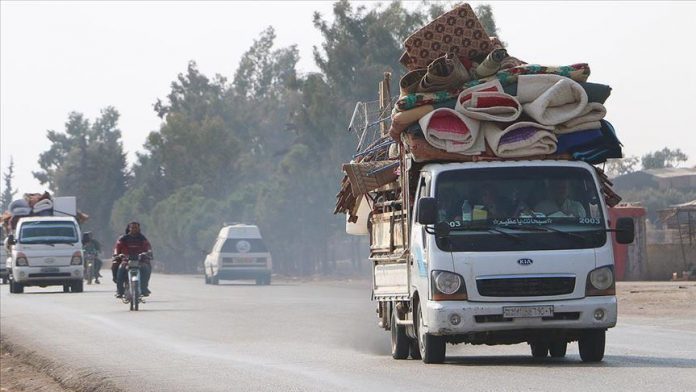 Some 25,000 civilians were displaced in northwestern Syria last week after the attacks of regime and Russia on the Idlib de-escalation zone, according to a Syrian NGO on Saturday.

Mohammad Halaj, director of Syria’s Response Coordination Group, told Anadolu Agency that thousands of civilians were displaced in the first week of December due to attacks by Bashar al-Assad regime forces, Iran-backed terror groups and Russia.

Halaj underscored that the humanitarian crisis in Idlib was getting worse, and added: “Around 425,000 civilians are living in Maarat al-Nouman, Saraqib and Ariha districts and rural areas. If the attacks target these