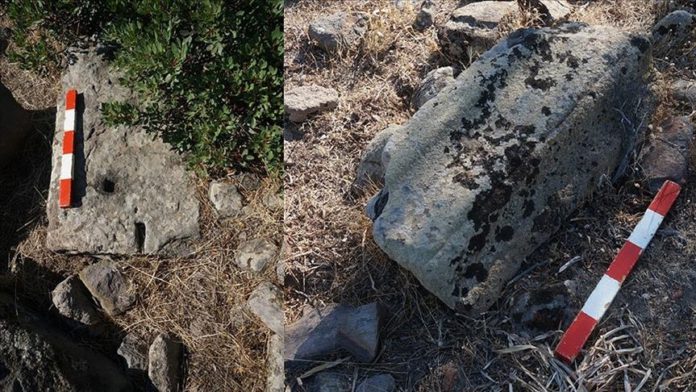 A team of Turkish scientists and archaeologists discovered the remains of a 2,500-year-old Aphrodite Temple in the Urla-Cesme peninsula in Turkey’s west.

As a result of screening an area of 1,600 square meters that covers parts of Urla, Cesme and Seferihisar districts of Izmir, 35 pre-historic era human settlements, including 16 from the late Neolithic period, were uncovered.

Speaking to Anadolu Agency, Elif Koparal from the Mimar Sinan University, who is leading the excavations in the area, said a significant social and economic network was discovered.

“During our screening of the surface, we detected the Aphrodite Temple from 6th century B.C. Aphrodite, a common cult back then. It is a fascinating and impressive discovery,” Koparal noted.

She also remarked that the first traces of the temple were discovered back in 2016 and were announced to the world by a journal article.

Drawing attention to the threat posed by illegal treasure hunters and urbanization to the historical sites, Koparal said her team cooperated with the locals to protect the archaeological treasures.