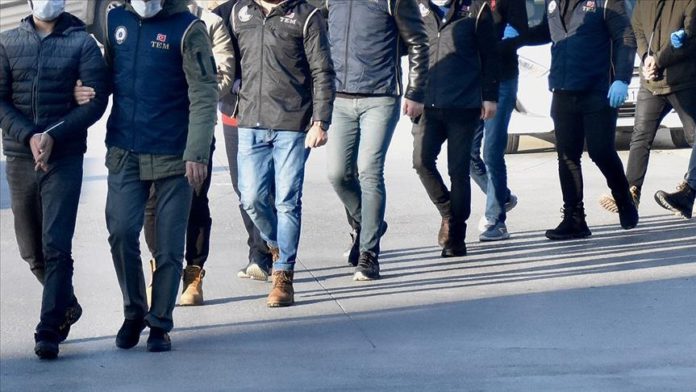 At least 25 suspects were arrested across Turkey for alleged links to the Fetullah Terrorist Organization (FETO), the group behind the 2016 defeated coup, security sources said on Tuesday.

Nine suspects, including four wanted fugitives, were apprehended in the Mediterranean province of Antalya, said the sources, who asked not to be named due to restrictions on speaking to the media.

One of the nine suspects was taken into custody, while three were released on bail and two were set free on a court’s order.

The remaining three were handed over to police departments of cities where they are facing investigations.

In the northwestern Kirklareli, Edirne, and Tekirdag provinces, 16 active-duty soldiers were arrested for suspected links to FETO.

A colonel was among six suspects apprehended in Kirklareli, while six more, including a major and a captain, were arrested in Tekirdag, the sources said.

The remaining four suspects were rounded up in Edirne.

The suspects in Kirklareli and Edirne are accused of communicating with “covert imams” – senior FETO members – by pay phone.