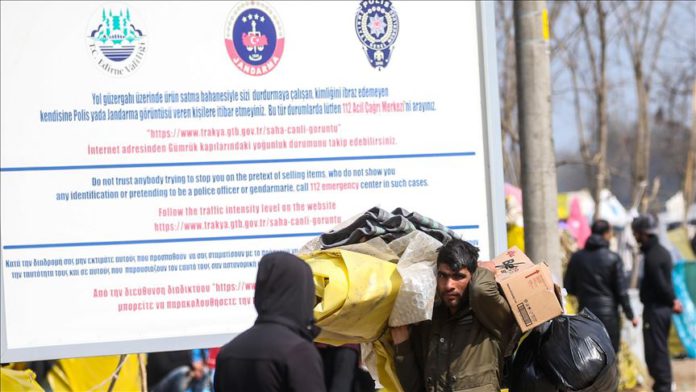 Acting on a tipoff, provincial gendarmerie command teams in Ayvalik district of Balikesir province detained 25 Syrian nationals who were preparing to travel to the Greek island of Lesbos, said the source on condition of anonymity.

A man suspected of organizing the illegal journey was also arrested, the source added.

The asylum seekers were referred to the provincial migration office, while legal proceedings have been initiated against the suspected organizer.

The deadly civil war in Syria has been one of the triggering factors behind the large-scale migration to continental Europe.