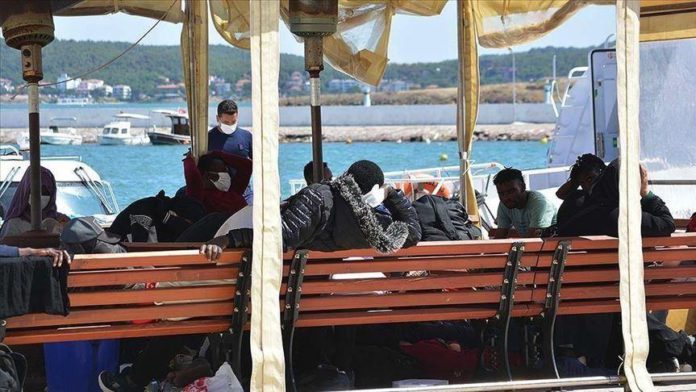 Gendarmerie teams in the Dikili district of western Izmir province stopped a suspected cube van on the Izmir-Canakkale highway.

As many as 25 Congolese nationals were found hiding in the back of the box truck. They were held, and will be referred to the provincial migration center for further processing.

The driver of the vehicle was also detained.