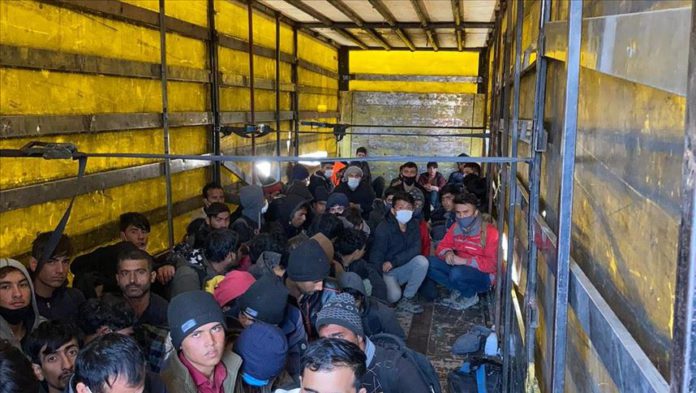 At least 210 irregular migrants were held in eastern Turkey, while 36 others were rescued along the country’s western coastline, officials and sources said on Thursday.

As part of a probe into migrant smuggling and human trafficking, police teams conducted an operation in Van province where they found the migrants inside a lorry, police said.

At least 170 Afghans, 26 Pakistanis, nine Iraqis, four Bangladeshis and one Uzbek, including 18 children and 11 women, were held by the security teams.

The truck driver, identified by the initials E.K., was also rounded up.

The Turkish coast guards held 36 asylum seekers along the Aegean Sea, according to security sources.

The asylum seekers, who were pushed back by Greek vessels and stranded on a boat, were rescued off Cesme district of Izmir province, said a source on the condition of anonymity.