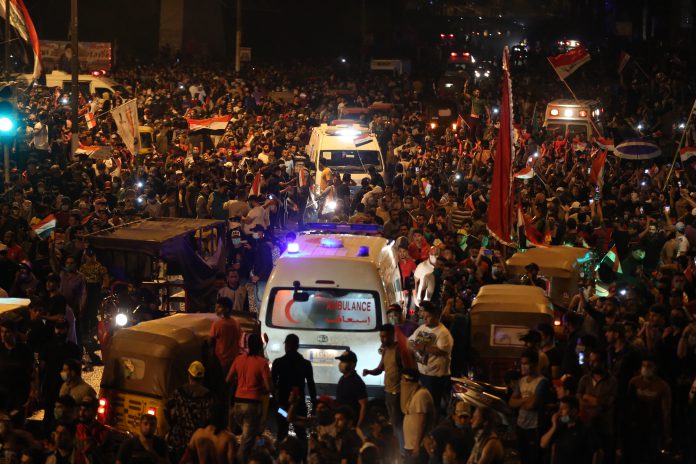 At least 24 people were killed and over 2,000 others injured in Iraq on Friday in anti-government protests that erupted on Friday near Baghdad’s fortified Green Zone, according to Iraq’s rights commission.

In a statement, the Iraq High Commission for Human Rights said the fatalities were caused after clashes between protesters and security forces.