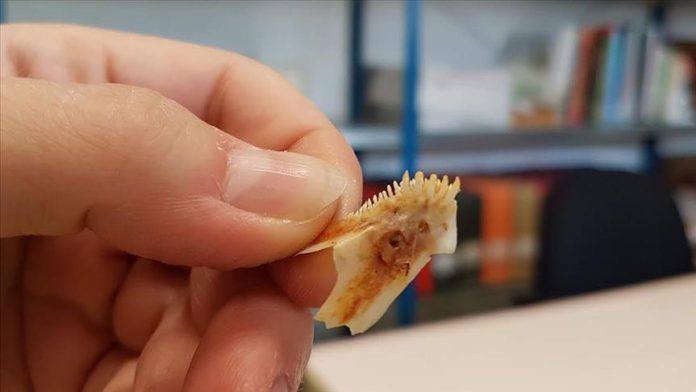 Fish skeletons dating back to more than 2,000 years ago have been discovered in Turkey’s Mediterranean coast during recent excavations in the ancient city of Patara.

The excavations led by Erkan Dundar, an archeology professor at Akdeniz University, have been carried out in the Kas district of Antalya, a Mediterranean resort city of Turkey.

The team unearthed leftovers of animal bones and seashells when they were digging in the Tepecik area.

Skeletons belonging to sea bream, sea bass, and other fishes are currently being examined.

Fish skeletons have been found to be dating back 2,300 years ago.

Havva Iskan Isik, head of the Patara excavation team, said on Twitter on Wednesday that locals of Patara ate tuna fish and sea bream in the third century B.C.

Meanwhile, the excavations also found remains of purple dye from the sea snail, which is about to become extinct in the Mediterranean Sea.