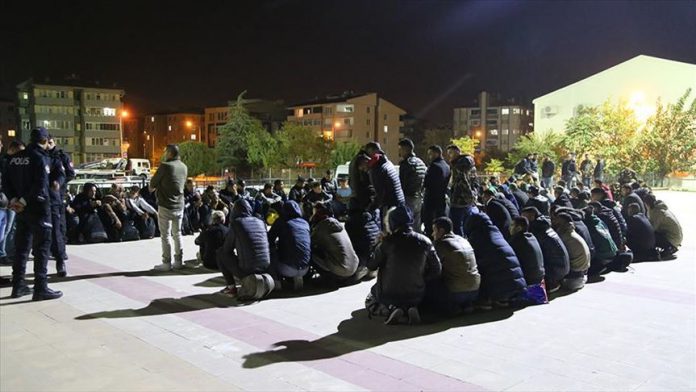 Turkish security forces on Tuesday held a total of 230 irregular migrants attempting to cross to Europe through the country’s northwestern Edirne province.

According to local sources, the provincial gendarmerie forces and police officers conducted operations against those seeking to go to Europe through illegal means.

Among the migrants held were people from Morocco, Egypt, Libya, Syria, Iraq, Iran, Pakistan and Afghanistan.

They were later referred to the provincial migration office for the official process.

Turkey’s Edirne province borders Greece and Bulgaria, therefore the irregular migrants who desire a life in Europe use the province as a transit