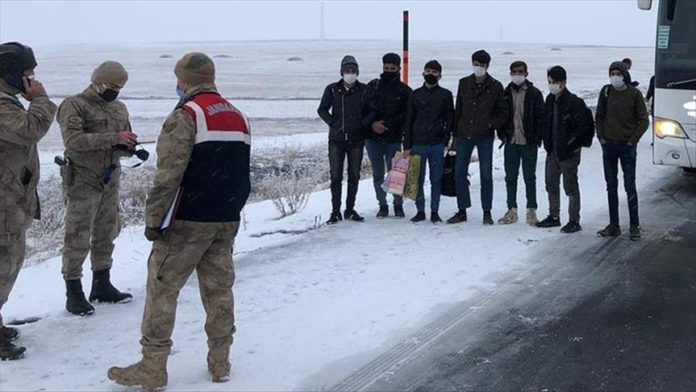 On a tip-off, teams stopped a minibus at the Anatolian Highway toll plaza in which Afghans and Pakistanis who had entered the country illegally were travelling.

They were brought to the public security branch office, and will be handed over to the provincial immigration administration after the necessary paperwork.