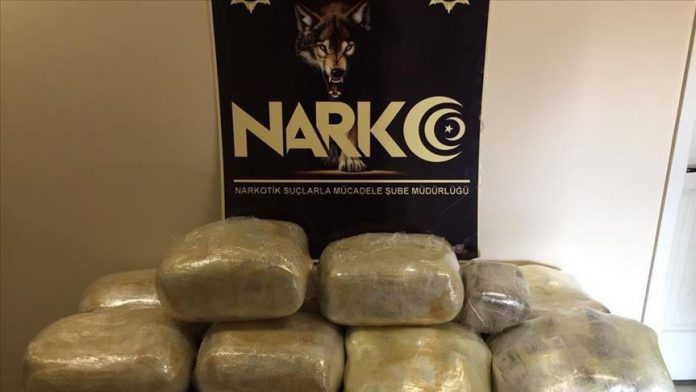 Turkish police on Tuesday seized 225 kilograms (nearly 500 pounds) of marijuana from a truck in the country’s southeast, according to a security source.

The drugs were seized in Gaziantep after anti-drug teams stopped the vehicle and arrested the driver in a sniffer dog-aided operation, said the source, who asked not to be named due to restrictions on speaking to the media.

In its anti-drug efforts this year, Turkey has confiscated over 40 tons of marijuana and seized about 40 million cannabis roots.