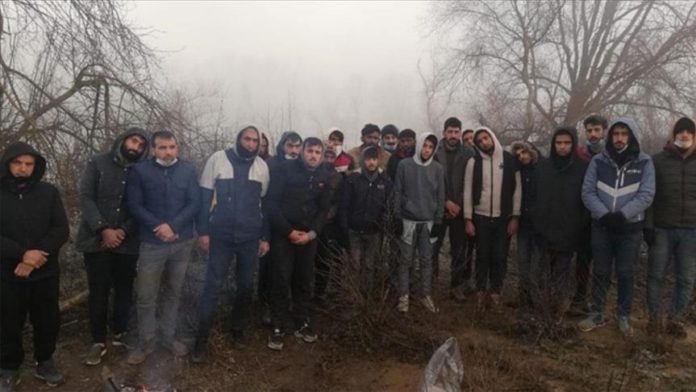 Police teams stopped a minibus at a check point on the Tarsus-Adana-Gaziantep Highway and found 11 Syrian and as many Egyptian nationals who had entered the country illegally, said the source on condition of anonymity due to restrictions on speaking to the media.

The migrants were transferred to the provincial migration office after routine procedures.

It was learnt that irregular migrants had paid $3,000 to the human traffickers to reach the country via Iran.

The driver of the minibus was arrested, the source said.

Turkey hosts nearly 4 million refugees, including more than 3.6 million Syrians, the most of any country in the world.

Everyone has right to life-saving interventions: UN

Wanted terrorists among 'neutralized' in Turkey